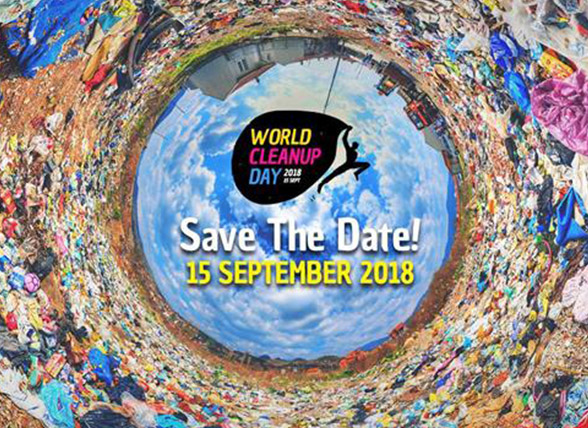 World Cleanup Day is coming… In exactly one month, millions of volunteers will come together to clean up litter and waste from cities, beaches, rivers and  forests.

The idea for World Cleanup Day started ten years ago in Estonia, when thousands of people cleaned the entire country of illegally dumped waste within in a few hours. Other countries got inspired to start a similar ‘one country, one day’ formula. The movement has grown and nowadays unites people from all over the planet. Besides the cleaning of trash, awareness is raised on the problem.

World Cleanup Day Movement is a big network of local cleanup teams. Within the Netherlands, the movement is led by the Plastic Soup Foundation and Nudge.

WHY IS THIS AN IMPORTANT DAY?

No one likes trash such as plastic packaging scattered on the streets or in nature. This alone would be enough reason to clean, but let’s take a look at the bigger problem. In nature, water bottles can survive up to 450 years. When not disposed properly, large particles fragment into microplastics (<5mm), causing serious harm to marine environments. Currently 95% of plastic packaging worldwide is lost (burned or dumped) after single use. Plastics in the oceans are expected to treble in the next 10 years. So we’d better pick it from the land before it reaches our rivers and seas.

Refill Ambassadors will take part in this initiative. Want to join our cleaning team in Amsterdam on September 15th? Send us a message. It will be fun!