Last week, it was World Cleanup Day.  In total, 39.324 people took part in the Netherlands, and hundreds of thousands of people around the globe. I also assembled a small team to clean the streets and parks in my neighbourhood in Amsterdam. Within a few hours, we collected 4 big bin bags. Many people praised us and it felt rewarding. However, five days later the streets were littered again. This made me wonder about the effectiveness of these cleanup events and organisations. Do they help or do they harm?

WHO IS RESPONSIBLE FOR PLASTIC LITTER?

The Amsterdam municipality claims if 25% of the Dutch would clean up 1 piece of litter per day, there would be no more litter. There is even a campaign “Elke dag eentje” (one piece every day). This sounds fantastic, but it’s not very realistic. Furthermore, one could argue who is responsible for doing so: civilians or the Fast Moving Consumer Good industry?

To dive into this topic I did not have do my own research. This month, Tamar Stelling (author at The Correspondent) highlighted several issues around the plastic industry. Since her article“Briljant bedacht: hoe de plasticindustrie het idee verkoopt dat de burger z’n ‘eigen’ plastic op moet ruimen” is in Dutch, we’ll give a brief summary here.

The article frequently quotes Rob Buurman, director of Recycling Network Benelux. In his opinion, the (Ddutch) government perpetuates the story of the plastics industry: that the problem with plastic is mainly that citizens leave it lying around. “As long as there is the idea that we should clean up our plastic waste” ourselves “, the government is not thinking about legislation to prevent plastic waste – and it should.”

WHAT ABOUT CLEAN UP ORGANISATIONS?

Rob Buurman feels clean-ups and other end of pipe initiatives legitimize the lack of action of politicians. For example The Ocean Cleanup wants to clean up 40 thousand tons of plastics from our oceans in five years. This may sound like a lot – and it’s better than any organisation has ever done – but it’s only 0.0008 percent of 5,000 million tons of ‘loose’ plastic. Buurman: “The more successful Boyan Slat is in the media, the less it matters what you realize in terms of government policy. Because you have made the problem private, you have placed it with individuals in society, instead of with the government. “

So what kind of measurements could politicians take? Soft measures have not been very effective. For example in the Netherlands there is a mandatory price (e.g. €0,05) for plastic bags. Disposable paper bags have not been addressed. And many shops, bakers and greengrocers still sell everything in free disposable bags. Similarly, my cleanup day was not too effective in the end. Tomorrow, new litter will be on the streets.

The article advocates a complete ban or mandatory environmental tax on disposables (which is done in Ireland). It will be easier to enforce. The good news is that a 15 cent deposit system on small plastic bottles will be introduced next year in the Netherlands. Plus a production ban by the EU will apply for disposable plastics such as plastic cutlery, cotton buds, stirrers and straws. Last week our cleanup team found lots of these bastards, which made us wonder: why clean your ears on the streets?

PRODUCERS SHOULD TAKE THE LEAD

Governments are not the only ones to take action. The article suggests producers should take more responsibility, as they can make choices that consumers cannot make. Which products they market, how they design them and how they collect waste, whether or not in collaboration with other companies.

The article also sheds light on the NGO Alliance to End Plastic Waste. Plastic producers and waste processing companies such as Procter & Gamble, Shell, DSM, ExxonMobil or Pepsico aim to put in a billion euros, to be spent on clean-up campaigns, new recycling technology and better waste collection infrastructure. The founding companies behind this self-styled alliance to end plastic waste are among the world’s biggest investors in new plastic productions plants (source: Guardian). For example, ExxonMobil is building a new polyethylene production line in Texas that will soon produce 2.5 million tons of plastic – making it one of the largest plastic factories in the world. Shell is building a plant in Pennsylvania that will make 1.6 million tons of polyethylene per year.

After reading the full article I had mixed feelings. I still think cleanup campaigns, events and organisations are good, because some litter is collected (and every piece counts!). Cleanup campaigns increase awareness on the huge amount of packaging we use. And even if we were to prevent new plastics from littering, we still need to clean up the mess we already made. However, I also agree with the Tamar Stelling’s article. It would be better if governments and producers invest mainly in prevention. And enforce stricter bans on disposable plastics.

I’m really curious about your opinion. Do cleanup campaigns help or harm? Please post your comment below.

The Coronavirus has changed some of our familiar routines. You might worry where this will lead and when it will end. But it is also an ideal time to change our habits: to develop healthy ones and let go of those that don’t serve us. Neither you nor your environment. How do you make choices? Wait until you have found something that moves you. We really love this poem by Martha Postlethwaite, so we’d like to share it with you:

“Do not try to save
the whole world
or do anything grandiose.
Instead, create
a clearing
in the dense forest
of your life
and wait there
patiently,
until the song
that is yours alone to sing
falls into your open cupped hands
and you recognize and greet it.
Only then will you know
how to give yourself
to this world so worthy of rescue.” 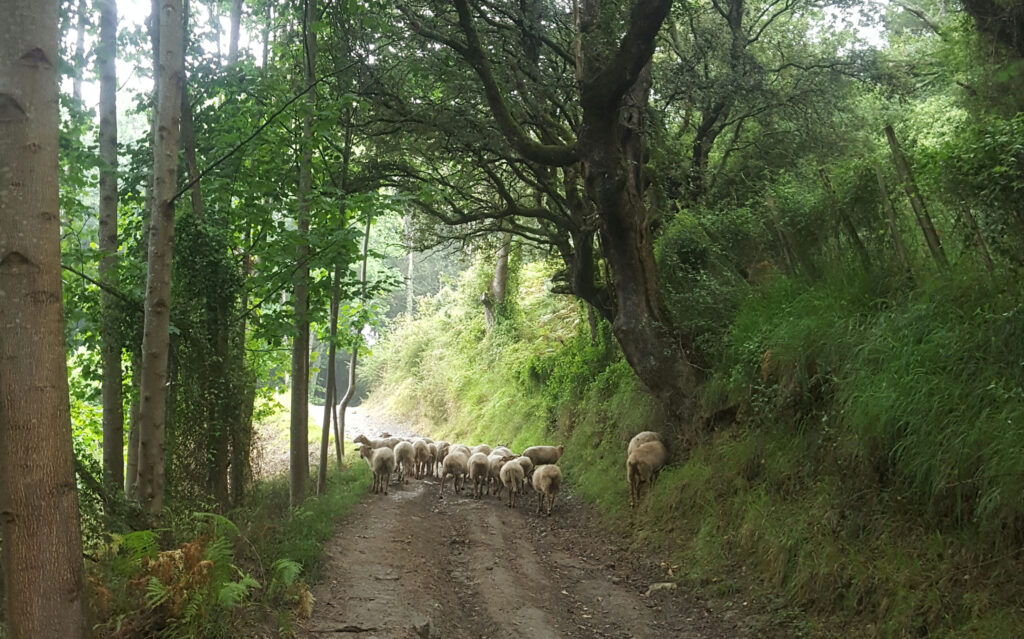 DO NOT TRY TO SAVE THE WORLD, BUT DO SOMETHING THAT MATTERS TO YOU

What do you want to contribute?