Around the world, there are thousands public drinking fountains. Refill your bottle during your citytrip, walk in the dunes or weekly workout. Free fresh water, no plastic needed! We love public fountains. But they can be hard to spot. It’s like searching for an ATM machine: when you really need them, you cannot find any. We know a solution: use the free water refill app Closca or mymizu.

WHERE DO I FIND PUBLIC FOUNTAINS?

Use your phone to locate an increasing number of public water fountains around the world! Water refill apps are free to use. We recommend you to use Closca and mymizu, as they cover the largest number of refill points, including many public fountains. We see many similarities between Closca and mymizu. Both apps work with user-feedback: you can suggest new refill stations (including public fountains) through the app.

Who is responsible for the water fountains? How are they maintained? Who decides where to place new fountains? This really differs per country. We can only speak for the Netherlands. Here, drinking water is supplied by ten different public water system companies. These companies facilitate and maintain our public drinking fountains. For example Waternet provides the water fountains in the Amsterdam region, Evides in Rotterdam, etc. Sometimes this is done in collaboration with organisations like Join the Pipe.

PUBLIC DRINKING FOUNTAINS IN THE NETHERLANDS

Besides the apps Closca and mymizu, public fountains in the Netherlands are also mapped on the website Drinkwaterkaart.nl. The website (in Dutch) also displays free “pee-places” and “free-swimming-spots”. 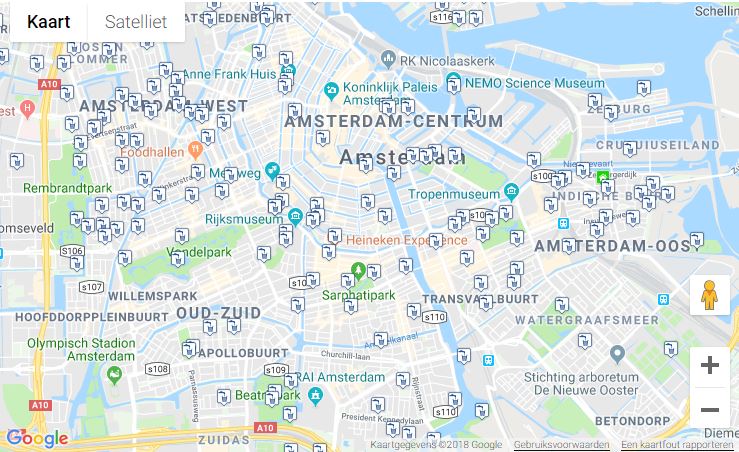 Public water fountains in general are safe but they seem to suffer from an image problem. We think this is unfair. Just make sure to double check in areas where tap water is non-potable. To prevent bacteria/virusus from spreading, you can use some clothing when pressing the button.

What if there are no public fountains in your area? Try to refill your bottle in a bar, restaurant, shop. Don’t be shy, just ask!